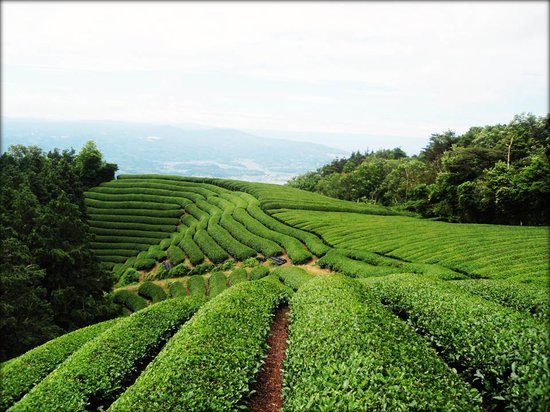 On Monday 3rd September I enjoyed the japanese tea

Workshop organized by Obubu Tea Farm (Tokyo) in Milano. The company’s aim is to disclose the tea culture by keeping lessons all over the world: currently they’re located in Europe. Obubu does produce very high quality handcrafted teas that I’ve had the possibility to taste. 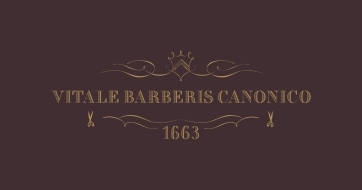 The Workshop have been organized at the showroom of Vitale Barberis Canonico maglificio (Milano, via Solferino) with the help of Protea Academy. The company I’ve mentioned before produces clothing since 1663 and founded an Academy to teach the culture of good fabrics. I think it is a good idea as it in during last years clothing quality is quite low.

I’ve decided to take part to the Workshop in order to taste Obubu Tea Farm’s products which I’ve never heard about before. Tea’s flavours change depending on processing and origins. During my life I gained a full knowledge about tea but in my opinion it is important to keeping in touch with other people thoughts that can help us to learn something new.

The Workshop divided in two parts: the first one was an introduction to japanese tea while the second one consisted in the preparation o Matcha. The class was directed by Yasuharu Matsumoto “Matsu” and Simona Zavadckytè. Simona is a Matcha tea ceremony student since 2014 and recently she wrote the book titled “ Japanese Tea, a comprenhensive guide”.

I’d like if you would pay attention to the right photo and to Matcha’s colours because the quality of this kind of tea depends by them.

Another novelty to me was to eat Gyokuro tea leaves with soy sauce and roasted rice after having used them to make tea. Leaves were very pleasing and I liked the contrast between the salty soy sauce and the sweetness of roasted rice. I hope you’ll have the opportunity to try it!

I didn’t know about the existence of Sakuracha. Even if it is called “cha” it isn’t properly a tea but an infusion made using pink cherry blossoms.
The brew is a special and traditional japanese usage and it’s usually prepared during weddings to symbolize a new beginning. In order to preserve flowers they’re mixed with Umeboshi vinegar and left to infuse for 3 or 4 weeks.

When I tasted it I was amazed by its flavors evolving from salty to the sweetness of cherry blossoms. I’d like you to drink it but in Italy it’s very expansive… 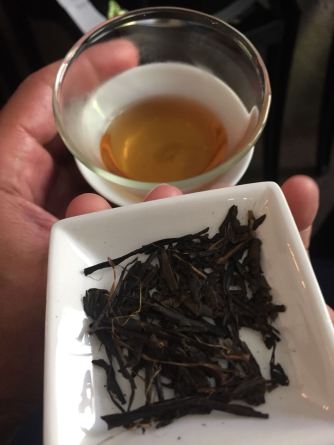 “Matsu”, vice president and cofounder of the company, was talking us that black tea was produced in Japan by old times: anyway since it hasn’t a strong flavor like indian black teas the demand became lower and lower over years.

Nowadays Japan black tea has got a revival and honestly I have to admit I enjoyed it so much! It’s body is different if compared with indian black teas and it’s a bit lighter and sweeter giving in this way a sensation of freshness.

Some of us had the possibility to prepare Matcha using a Chasen after Simona’s explanations. Since I had already learned how to mix it I preferred to let someone else trying but this one asked me help to grow the foam up. I’ve just finished my job when “Matsu” asked me if I was used to Tea ceremony.. I answered “No, I learned 4 years ago how to mix matcha and I prepare it occasionally”. Tea is honesty towards oneself and
other people. The truth always comes out. Omar, japanese student, told me it’s really unusual that japanese people publicly express their personal opinion or emotions and if they choose to do it’s because you have been able to show your authenticity.